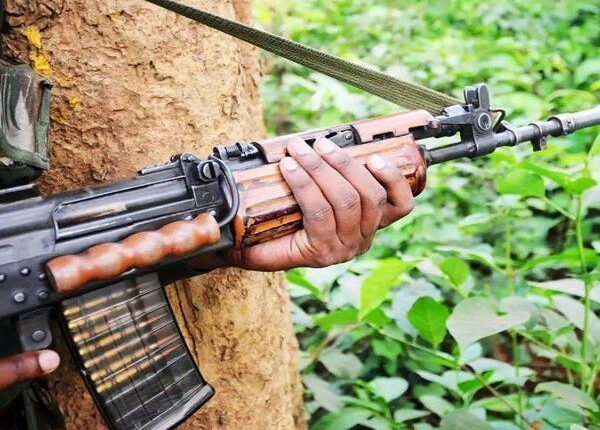 Two Naxal Gunned Down In Encounter With Security Forces In Chhattisgarh

Narayanpur (Chhattisgarh): After an encounter broke out in the Abhujmaad region of Narayanpur district in Chhattisgarh, the bodies of two Maoists were recovered on Sunday.

Acting on reliable inputs, DRG Narayanpur launched an operation to nab the Maoists at the Maad division on Saturday night.

On being informed about security personnel present in the area, the banned group started firing, following this, the DRG team also retaliated.

During the exchange of fire the DRG team and Maoists near the Itul jungle, two Maoists were killed and this morning, the dead body of one male Naxal cadre along with one was recovered.

“During the search operation, a 303 rifle, the huge amount of camping materials, a 315 bore rifle and other country-made weapons, etc were recovered,” the police said.