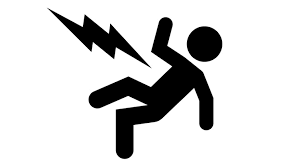 Balasore: Two labourers sustained severe burn injuries after they came in contact with a live wire while working at Rupsa railway station in Balasore district today.

The identity of the injured person is not known immediately.

Reportedly, the incident took place while the duo was working in Rupsa railway station and came in contact with a live wire which led to critical burn injuries. Soon the victims were rescued and rushed to the district headquarters hospital.