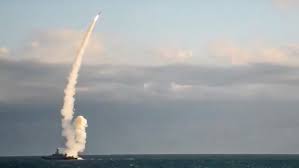 Washington: At least two people were killed in an explosion in Poland’s eastern village in Przewodow near the border with Ukraine.

It has been reported that the blast resulted from Russian missiles.

Earlier, it has been reported by a senior US intelligence official that the blast was due to Russian missiles crossing into Poland.

But the Pentagon said it could not confirm that account.

The White House also said it could not confirm reports coming out of Poland and was working with the Polish government to gather more information.

On the other hand, Russia’s defence ministry denied reports that Russian missiles had hit Polish territory, describing them as “a deliberate provocation aimed at escalating the situation”.

It added in a statement: “No strikes on targets near the Ukrainian-Polish state border were made by Russian means of destruction.”