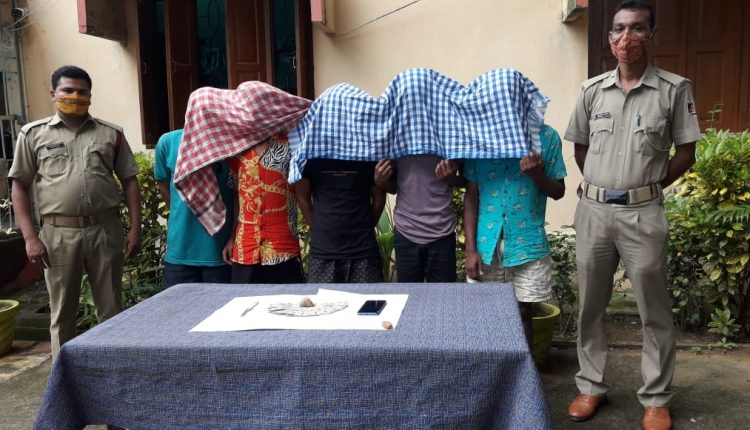 Two Juveniles Among 5 Held For Robbing Labourer In Sambalpur

Sambalpur: Police have apprehended five youths including two juveniles for allegedly robbing a labourer at Gadgadbahal under Jujumura Police station in Sambalpur district.

The arrestees have been identified as Akash Bhoi (19), Omprakash Pradhan (24), Suraj Pradhan (18), and two juveniles from this district.

As per the complaint, the incident took place while one, Amar Kumar Mandal, was working at the Gayatri Project Limited when five miscreants reached the spot and snatched away his mobile phone and Rs 7,000 from his possession. The miscreants also attacked Amar with a sharp weapon as he resisted their action. Following this, the victim sustained grievous injuries.

On the basis of the FIR, police registered a case and arrested the accused youths after investigation. The cops also recovered the stolen phone and Rs 5,000 from their possession.

Another 762 COVID-19 patients recover in Odisha