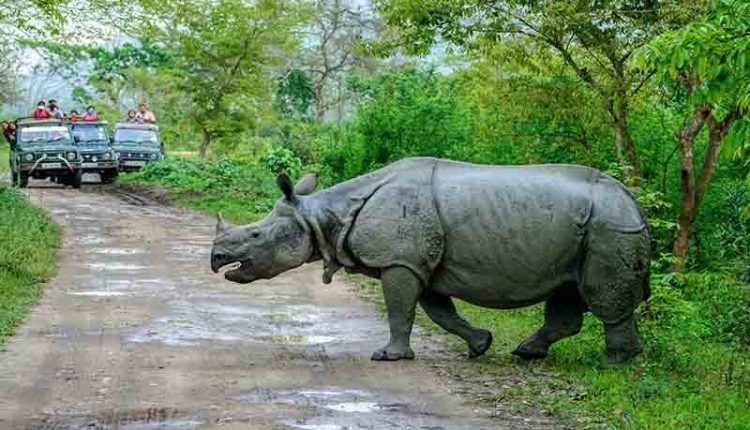 Kaziranga: At least two people sustained injuries after being attacked by a one-horned rhinoceros in Assam’s Kaziranga National Park.

Binod Saro, a forest worker at the national park, and Jiban Saro, a local youth, were injured in the attack.

As per reports, the accident occurred in the Borbeel section of the national park’s Kohora woodland range.

Reportedly, the injured are undergoing treatment at Kohora civil hospital.