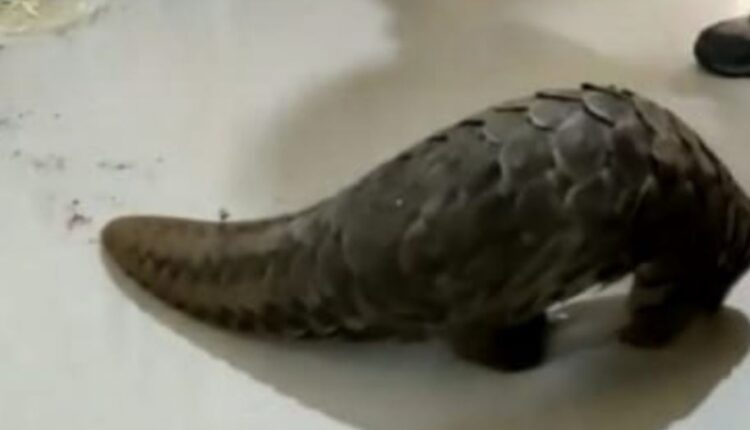 Kandhamal: Forest Department officials have rescued a live pangolin with the arrest of two wildlife poachers on Friday in Balguda of Kandhamal district.

The accused have been identified as Tripat Kapat Patra and Mithun Padmaset of Matigada area of Srirampur.

Acting on a tip-off, the team of the Forest Department of Odisha conducted a raid near Jubaguda square while the deal was underway and apprehended the two wildlife criminals before rescuing the pangolin.