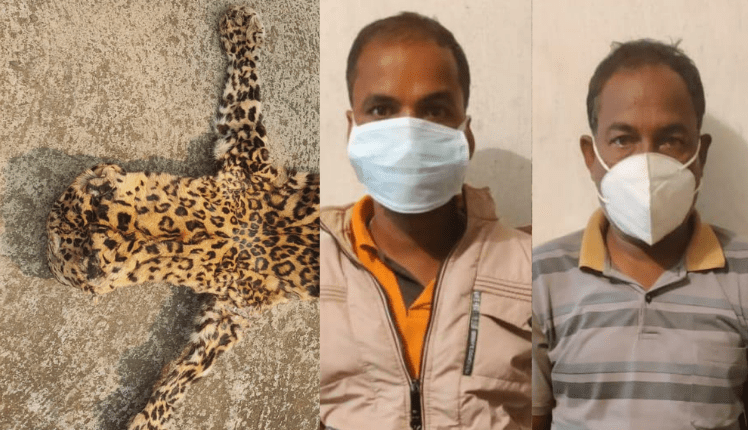 Mayurbhanj: The Special Task Force (STF) of the Crime Branch on Tuesday arrested two persons with the seizure of one leopard hide near Chatani Bus Stop in Mayurbhanj district.

The arrestees have been identified as Ajit Kumar Giri and Chandrakant Kurji.

Acting on a tip-off, the STF team along with the Manada Forest Range officials conducted a raid and arrested the accused. The cops also seized one Leopard Skin and other incriminating materials from their possession.

It is pertinent to mention that in past one year, special drives have been launched against wildlife criminals. During the raids, the cops have seized as many as 19 Leopard skin, 10 Elephant Tusk, 2 deerskin, 4 live pangolin, and 15 kg pangolin scales and arrested 39 wildlife criminals in this connection.