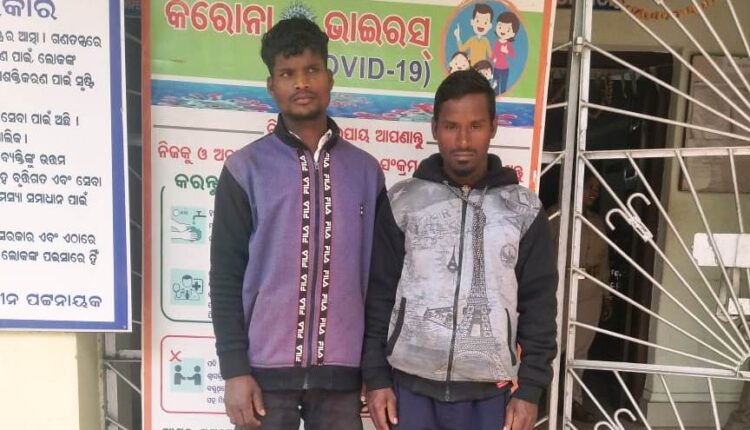 The arrested persons have been identified as Jagannath Oram (25) and Surendra Khadia (26) from Aitapali under Laikera police station limits.

Reportedly, the matter came to the fore after one Lal saheb Bhoi lodged a complaint with the local police station regarding his water pump theft.

On the basis of the complaint, police registered a case (47/21) under relevant Sections of the IPC and launched a probe in this regard. Later, the cops arrested the accused involved in theft and forwarded them to court today.