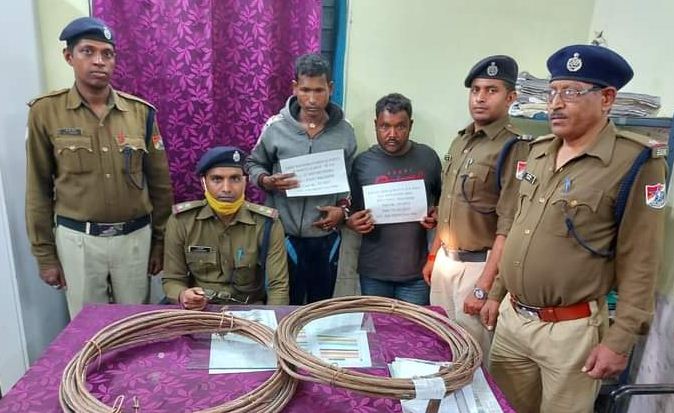 Balasore: Two persons were arrested, while two others are on the run after allegedly stealing cable wires from Rupasa Rail junction in Balasore district.

The arrested accused persons have been identified as Kailash Jena   (34) and Harekrushna Parida (40).

According to available information, some miscreants stole the cable wires and left it half-cut cable wires while electrification work was underway at the Rupsa-Baripada railway line at Rupsa Railway Junction.

Reportedly, a team led by SI Bhagwan Singh was formed to nab the miscreants following which two accused were apprehended. However, two others are reportedly absconding and are yet to be traced.

The accused persons were forwarded to court, police said.