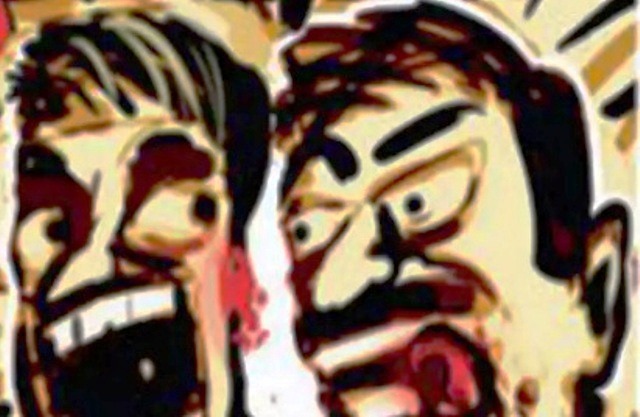 Two Held For Biting Off Ear Of Bank Employee In Sambalpur

Sambalpur: Police have arrested two persons for allegedly biting off an ear of a bank employee at Gandhipara village under Jamankira police station limits in Sambalpur district.

The two arrested persons were identified as Sujit Jamaduliya and Manas Patnaik.

Reportedly, the incident took place when one Tikeswar pradhan, an employee of a private bank, had gone to collect the installment of a loan taken by a woman. Meanwhile, the two accused kicked his bike. Following this, an argument ensued between them. Irked over the matter, the accused persons assaulted him and bit off his ear.

Immediately, locals rescued the victim and admitted him to Kuchinda Sub-division hospital. Later, he was referred to Veer Surendra Sai Institute of Medical Sciences and Research (VIMSAR).

A case has been registered under relevant Sections of the IPC and the accused persons were forwarded to court, police said.