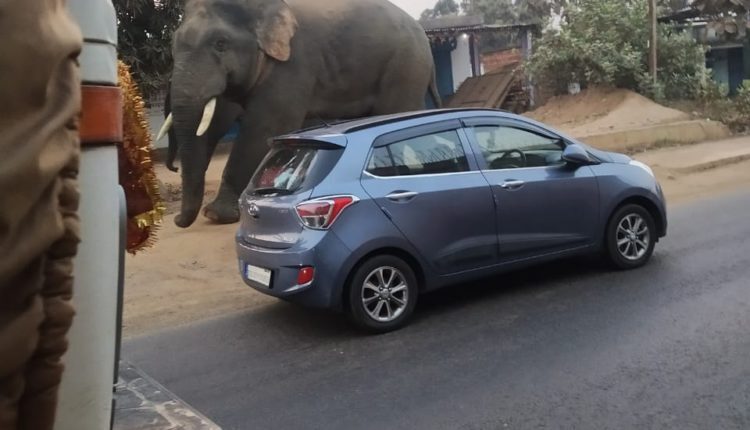 Khurda: Panic sparked in Daleipur area of Khurda district after two elephants were spotted wandering on National Highway 16 this morning.

Reportedly, commuters were stranded for nearly an hour on the route.

On being informed, forest officials reached the spot and advised people to maintain safe distance from the pachyderms.

Later, the wild animals gradually disappeared into Jaripada forest. Traffic movement returned to normalcy within moments of the jumbos movement into the forest patch.

No damage or loss of human life was reported during the jumbos’ venture onto the NH.