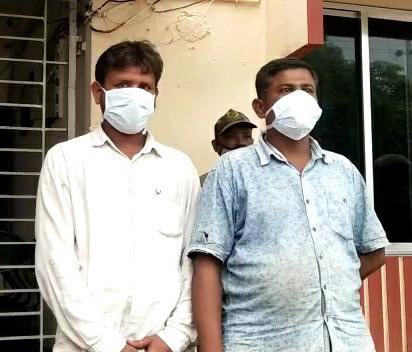 Cuttack: Two persons have been arrested from the College Square area in Cuttack for allegedly collecting Durga puja ‘chanda’ (donation) from a businessman on Tuesday.

The accused have been identified as Sarat Kumar Behera and Rakesh Kumar Behera and they have been forwarded to court. Police informed that the duo had forced a businessman of the College Square area to pay chanda amounting to Rs 13,000.

In a press meet here, Cuttack Zone-I ACP Amarendra Panda said that the police have arrested the duo after being received an allegation against College Square Puja Committee.

“Two office bearers of the committee visited M/s Durga Steel near College Square belonging to one Ratan Kumar Agarwal and gave him a receipt of ‘chanda’ amounting to Rs 13,000 while asking him to deposit the amount with the committee,” said Panda.

“When Agarwal expressed reluctance to pay the amount the duo pressurised him. A case was registered in this connection yesterday, he added.