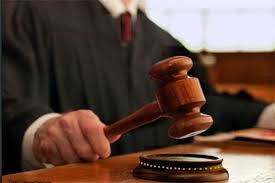 Bhadrak: A session court here on Tuesday sentenced two brothers to 5 years of rigorous imprisonment (RI) for attempting to murder one Umakant Panda, a resident of the Gabasahi Housing Board in the city, in 2014.

Chief Judicial Magistrate convicted Santosh Sethi and Manas Sethi under Section 307 of IPC and fined them Rs 5,000, failing to which they will have to undergo another one year of imprisonment.

According to the case details, on August 12, 2014, Umakant had an altercation with his neighbour Santosh and Manas over some personal issues. On the same day, the accused duo called Umakant to an isolated place and attacked him with a sharp weapon. Tasking his as dead, the accused brother-duo dumped his body on the roadside and fled the scene.

Meanwhile, a police patrolling unit spotted Umakant in critical condition and admitted him to Bhadrak hospital. Later, he was shifted to Ashwini hospital.

Two days after the incident, Sushree Sangita, wife of Umakant, lodged an FIR. Based on the plaint, police registered a case (273/14) under Sections 307,  and 34  of the IPC and initiated a probe.

However, Santosh and Manas were arrested later on the statement of Umakant and forwarded to the court.

Charred skeleton recovered near paddy field in Bolangir; probe on