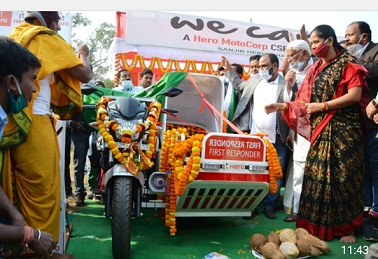 The sophisticated bike ambulances were flagged off from the Collectorate in Bhadrak town today.

It may be mentioned here that the bike ambulances have been provided by Hero MotoCorp as part of its CSR initiative.

One of two bike ambulance will be stationed at Bhadrak District Headquarters Hospital while another will be at Chandbali, informed the District Collector.