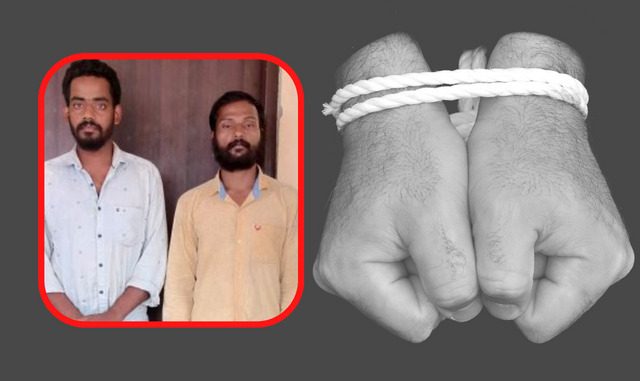 Bhubaneswar: The Commissionerate Police on Saturday arrested two persons on charges of kidnapping a businessman for ransom.

The kidnappers identified as Manas Ranjan Dash, Madhusudasn Mallik, both residents of Nayagarh, have been forwarded to court, police said.

According to reports, the victim owns a tractor show room at Pitapalli square which he has been operating for the last six years. Accused Manas Ranjan had business rivalry over purchase of tractor following which he had planned to take revenge.

On September 21, the showroom owner was returning to Bhubaneswar in his car while Manas and his associate waylaid him at Janla over-bridge and dragged him out of the car. They forcibly took him to an undisclosed place in Tangi area of Khurda and demanded Rs 1.5 lakh ransom from his family failing which they threatened to murder him.

The wife of the victim had lodged a complaint at Info Vally police station in this regard following which police registered a case and launched investigation.

A team of police on Saturday raided the place in Tangi and rescued the victim from the kidnappers. The accused duo also confessed to the crime before police.