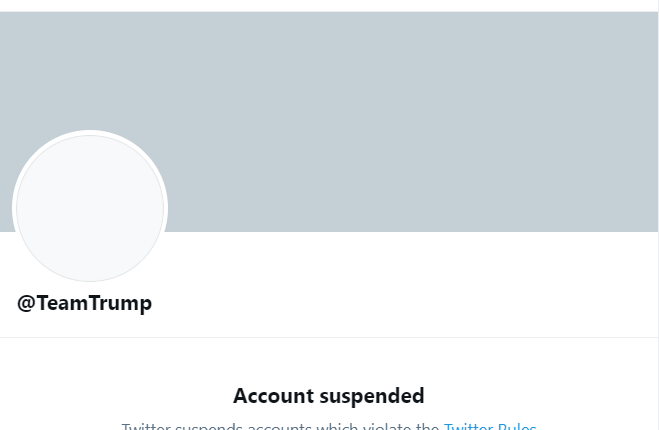 Washington: After permanently suspending US President Donald Trump from Twitter, the micro-blogging site has banned the account of his presidential campaign — @TeamTrump.

Twitter shut down his @TeamTrump campaign account shortly after it deleted tweets from the US President from an official government account, in which President Trump accused Twitter of “banning free speech” and coordinating with “the Democrats and the Radical Left” to silence him.

Trump tweeted, “Twitter has gone further and further in banning free speech, and tonight, Twitter employees have coordinated with the Democrats and the Radical Left in removing my account from their platform, to silence me — and YOU, the 75,000,000 great patriots who voted for me.”

“Twitter is not about FREE SPEECH,” the US President wrote in the now-deleted tweets.