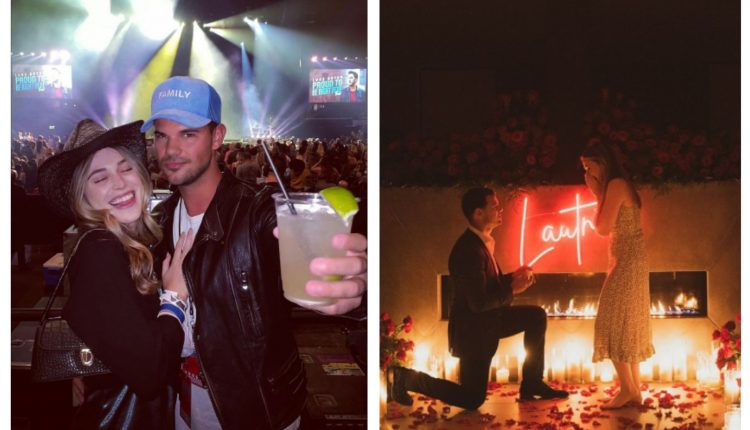 New York: Twilight star Taylor Lautner is engaged to his longtime girlfriend, Tay Dome. The actor took to social media to announce the big news with his fans and followers and revealed that he popped the big question on Thursday.

The star posted two photos of himself with his fiancée amid a romantic setup, where he proposed to his partner.

Taylor proposed to his girlfriend on Thursday, November 11, as his Instagram post reveals. He shared the pictures with the caption, “11.11.2021. And just like that all of my wishes came true.”