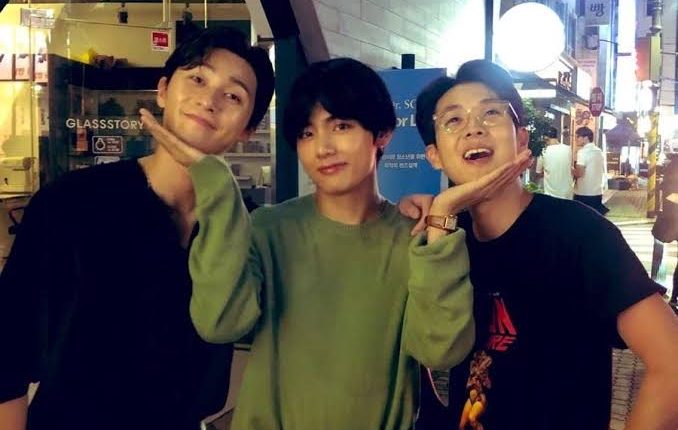 Seoul: Amid reports of BTS member V being part of the new spin-off of the hit reality show Youn’s Kitchen with actors Park Seo-joon and Choi Woo-shik, tvN has responded. Last month, the South Korean television had confirmed that producer-director Na Young Suk is all set to make a new show, Seo Jin’s. It would be about stars opening as well as running a Korean restaurant overseas.

Recently, StarNews reported that V aka Kim Tae-hyung will also be a part of Seo Jin’s. It also said that he had gone to Mexico to film the show with his close friends Woo-shik and Seo-Joon.

tvN has said, as quoted by Soompi, “Regarding the possibility of BTS member V appearing on tvN’s new variety show Seo Jin’s, we are in the process of checking whether it’s true with the producers who are currently filming on location abroad. Due to the difference in time zones, it’s taking some time for us to check the facts, so we ask for your understanding.”

It has not yet revealed where the show is being filmed. Earlier, when the show’s production was announced, it had said, “For the sake of a safe and smooth shoot, we cannot reveal the filming location in advance.”

Seo Jin’s will be a spin-off of Youn’s Kitchen and Lee Seo Jin will be the new boss. At the restaurant, he will be joined by Youn’s Kitchen’s Seo-Joon, Jung Yu Mi and Woo-shik. Youn Yuh Jung is busy filming for the second season 2 of Pachinko. Seo Jin’s is currently slated to premiere in the first half of 2023.