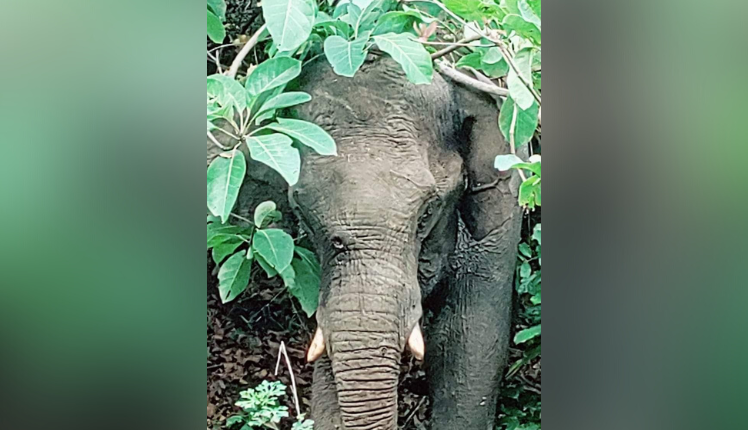 Cuttack: A tusker with bullet shots was spotted by locals in a critical condition in Jayapur forest under the Narasinghapur(East) forest range in the Cuttack district.

The information has come to the fore after the Narasinghapur MLA, Debi Prasad Mishra uploaded the visual of the ailing elephant on his Facebook handle on Tuesday.

Mishra called up the newly appointed Forest and Environment Minister Pradeep Amat to facilitate medical assistance for the elephant.

According to the information shared on Facebook, a tusker of 8-10 years of age has been seen roaming in Jayapur forest under the Narasinghapur(East) forest range for over the last month.

The elephant was seen trudging in the forest which has got wounds due to bullet shots at its front leg, face and trunk.

Acting on the information, wildlife veterinarian Bijay Kumar Senapati accompanied with the forest officials has initiated treatment of the ailed elephants.

Heatwave To Prevail In Western Odisha, Humidity In Coastal Belt For Next 3 Days