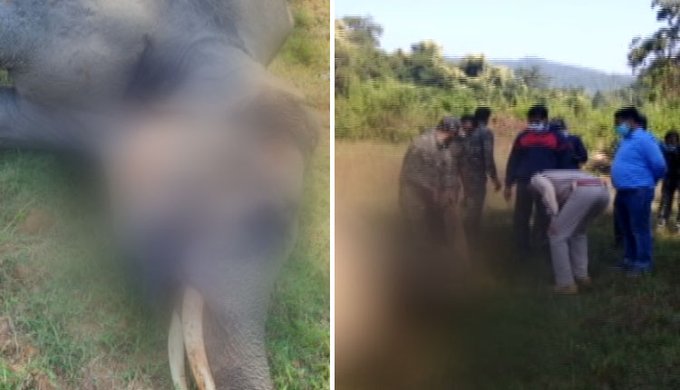 Sambalpur: At least two pachyderms including an elephant calf were found dead in Sambalpur and Ganjam districts of Odisha today.

Reportedly, carcass of a 12-year-old wild elephant found on Tuesday in a paddy field at Jadu Loisinga area under Sadar forest range in Sambalpur district where the jumbo was killed after coming in contact with a live wire.

As per available reports, miscreants deliberately laid the live electric wires to prevent elephant herd entering into paddy fields which caused the death of the tusker.

In another incident, a three-month-old elephant calf died on Tuesday after it accidentally got stuck in mud at Laugarh village near Ratanei forest range in Aska.