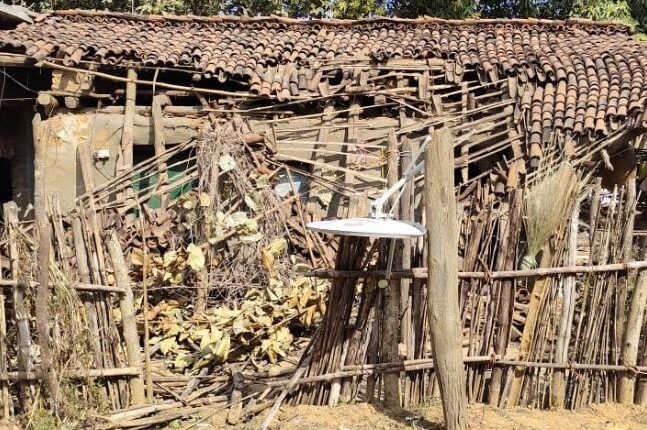 Deogarh: A tusker entered into Dantaribahal village under Barkote forest range in the district late last night and destroyed five houses in the locality.

Reportedly, the jumbo sneaked into the human settlement and destroyed five houses. Immediately, the locals alerted the forest personnel about the same.

On receiving information, the forest personnel reached the spot and launched an operation to drive away from the wild elephant.

While an atmosphere of panic has set in the nearby villages, locals are spending sleepless nights due to the fear of the marauding elephants.