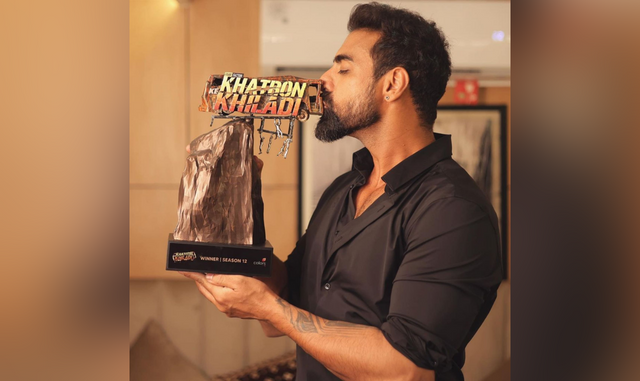 The final task was performed by Tushar, Faisal and Mohit Malik.

Sharing pictures of Tusshar’s win from the grand finale on its Instagram account, ColorsTV captioned the post, “Tushar has successfully won the trophy, as the winner of #KhatronKeKhiladi #KKK12 #KKKGrandFinale @itsrohitshetty @thetusharkalia.”