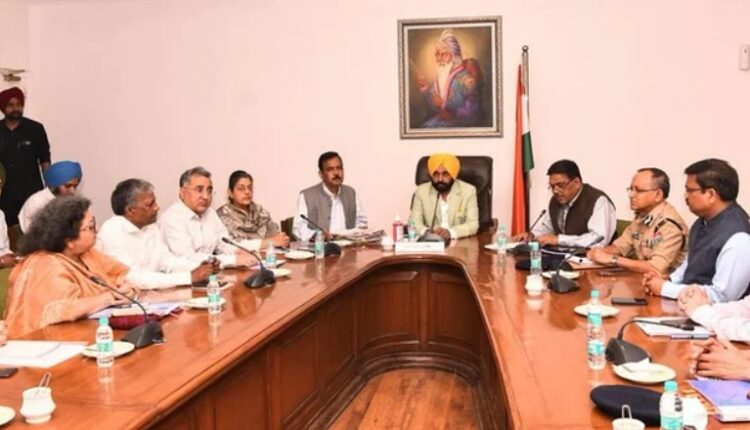 Chandigarh: Punjab Chief Minister Bhagwant Mann on Thursday urged officials to turn the state into a frontrunner. Mann and other newly-elected MLAs were administered oath today as members of the 16th Punjab Vidhan Sabha.

Mann on Thursday addressed his maiden meeting after assuming charge as the CM of the state. He urged the top officials of the state’s civil and police administration to discharge their duties as public servants in the letter and spirit.

The AAP leader said that his government would not indulge in political vendetta and asked the entire state administration to discharge their duties fearlessly without any political pressure, unlike earlier regimes, with utmost dedication, sincerity and honesty to cherish the aspirations of the Punjabis who have voted AAP to power with the unprecedented verdict.

Mann announced that his government would launch a WhatsApp number on coming March 23 on the martyrdom day of Shaheed Bhagat Singh exclusively for the public to upload videos of corrupt officials demanding bribes for their day to day works or indulging in other malpractices so that such erring officials could be given exemplary punishment.

Reiterating his commitment to making Punjab a model state, Mann said the foremost concern of his government would be to create abundant job opportunities for the youth to check the unfortunate trend of brain drain from the state to foreign shores.