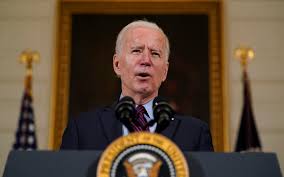 Trump should not get classified information: US President Biden

Washington: US President Joe Biden said his predecessor Donald Trump should not receive classified intelligence briefings as is customary for former presidents.

Trump is awaiting a Senate impeachment trial on charges of inciting an attack on the US Capitol Hill.

The former president has already been impeached by the House of Representatives for inciting the Capitol Hill insurrection that left five people dead. Trump was impeached for the first time last year on charges of trying to force Ukraine to interfere in the November 3 elections in his favour.

Former presidents are traditionally entitled to intelligence briefings, but many Trump critics have voiced fears that he is a loose cannon who may pass on vital information relating to national security.