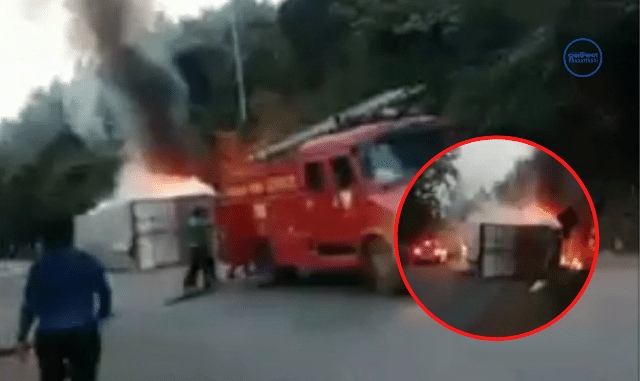 Bangiriposi: A truck overturned and caught fire in Duarsuni ghat road on National Highway 49 at Bangiriposi of Mayurbhanj district on Saturday.

Fortunately, the driver and the helper managed to escape unhurt before the truck went up in flames this evening.

On being asked, the driver of the ill-fated truck said that the vehicle overturned due to the failure of brakes in the steep road.

As per the reports, the truck, which was laden with plastic raw materials, immediately caught fire after turning turtle near the accident-prone zone at the ghat road.

An Ambulance of L&T deployed in the Duarsuni ghat road rushed the injured fire service personnel to the Bangiriposhi Community Health Center for treatment.

As the truck was engulfed in flames with thick smoke emanating from the charred plastic, scores of vehicles were stranded on both sides of the road. 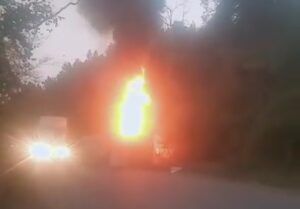