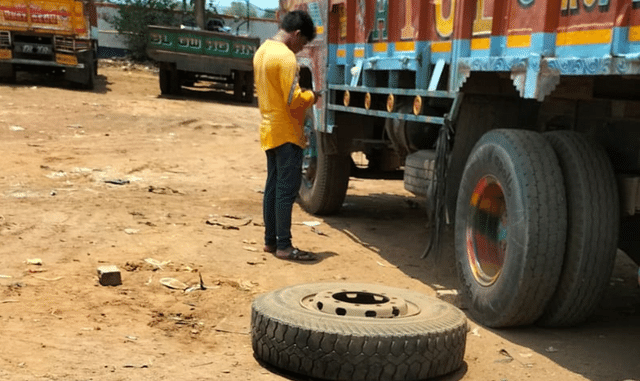 Kalahandi: In an unfortunate incident, a truck helper died after the vehicle’s tyre reportedly burst near a petrol pump at Baladhiamala within Junagarh police station limits in Odisha’s Kalahandi district.

According to sources, a truck was parked near the Indian Oil petrol pump at Baladhiamala and the helper was changing the rear wheel of the vehicle when suddenly the tyre exploded. The explosion left the helper dead on the spot

The deceased man has been identified as Kamalakant Bandhichhod. He was engaged as a helper in the truck, owned by one Anil Meher from Naktiguda in Bhawanipatna, sources added.

On intimation, local police reached the spot and sent the body to Junagarh Hospital for post-mortem. Junagarh Police has registered a case (268/22) in this regard.