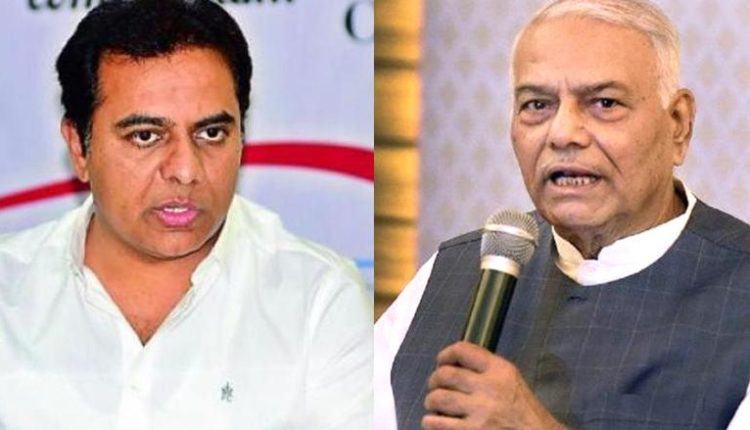 TRS working president and IT Minister K.T. Rama Rao left here for New Delhi along with others to represent the party in supporting the candidature of Yashwant Sinha when he will file his papers for Presidential election on behalf of the combined Opposition at New Delhi on Monday.

The presidential poll is scheduled to be held on July 18 and the result will be announced on July 21. President Ram Nath Kovind’s term will end on July 24.

Congress reaches out to like-minded parties for ‘Bharat Jodo Yatra’