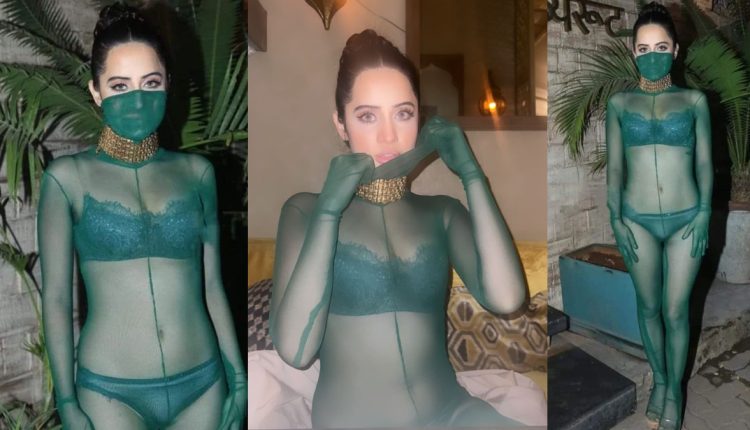 Mumbai: Urfi Javed was spotted making her public appearance in a green see-through dress. The Splitsvilla X4 star posed for the cameras, and she even had a laugh with the paparazzi.

She had even covered half of her face and wore a golden choker for accessories. Before entering the venue, Urfi posed for the paps confidently. Her videos and photos have gone viral on the Internet. Netizens have been sharing their impressions of the outfit. While some said, the dress reminded him of a mosquito net, another called it, ‘alien vibes’ and a third one likened her to ‘corona’. Some were even reminded of James Cameron’s Avatar.

This is not the first time that Urfi was trolled by netizens. The ‘Bigg Boss OTT’ fame Uorfi Javed’s unusual fashion statements have often grabbed eyeballs. From choosing ropes, wires, stones, broken glasses, or flower petals, she keeps experimenting with her dressing style.