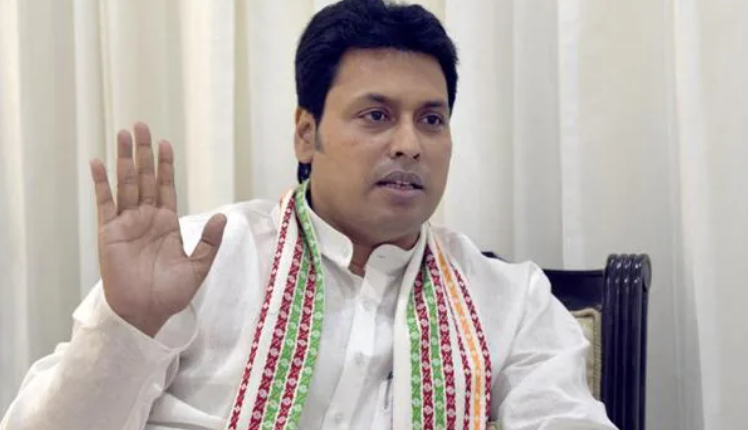 Agartala: Tripura Chief Minister Biplab Kumar Deb said on Saturday that he has submitted his resignation to the governor.

The new chief minister of the state will be elected at a meeting of the BJP’s MLAs. Union minister Bhupender Yadav and BJP general secretary Vinod Tawde have been made observers for the BJP’s legislature party meet.

Earlier, the Tripura Congress had demanded the resignation of CM Deb for the alleged deterioration in the law and order situation in the state.

Addressing the media, Congress leader and former BJP minister Sudip Roy Barman threatened to launch a civil disobedience movement and to call for Tripura bandh to protest against the sharp rise of lawlessness in the state.