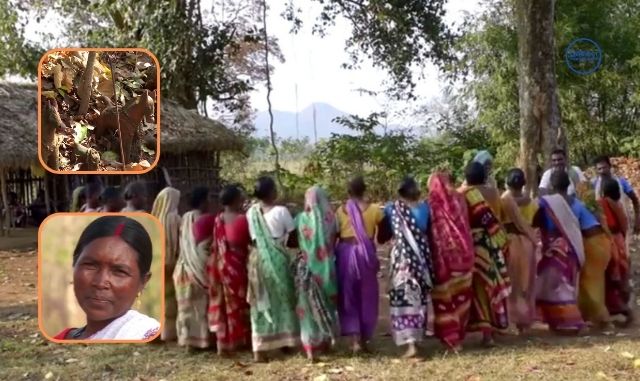 Bhubaneswar: ST and SC Development Department has taken up a virtual tour to Odisha State Tribal Museum on every Sunday. This Sunday i.e. on 6th February the visitors can visit the Bhumij Tribe of Odisha by opening the Facebook and Twitter Pages @stscdev, @scstrti said Director, SCSTRTI, Prof. Dr. A.B. Ota.

Living in Assam, West Bengal, Odisha and Jharkhand the Bhumij are an agricultural community. Within Odisha they reside primarily in the districts of Mayurbhanj, Keonjhar, Balasore and Sundargarh. Tracing their origin to Tamulia in Jharkhand, the Bhumij live alongside other tribal groups in multi-ethnic villages. The attire of Bhumij is influenced by their Hindu neighbours. Men wear a dhoti with an upper cloth gamchha on the one shoulder. A shirt may be used to cover the upper body when leaving the village. The women wear a saree and a blouse called a jacket. Traditionally these have been made of coarse cotton, white with red or blue lines. In appearance, the cloth was similar to that of the neighbours, the Oraon but with a less prominent use of red in the form of thinner borders.

Nose rings, bead necklaces, armlets and Bangles are purchased by the women from local markets. Many of these are made from precious metals, particularly silver.

The Bhunij are not easily distinguished from other tribal communities in terms of attire. A distinct socio-religious belief system however governs this community, internally divided into 15 totemic clans Horse, Lotus, Snake and Earth. For the Bhumij these totems representing flora, fauna and celestial bodies connect them to the natural world inhabited by ghosts, spirits and invisible Gods. Singbonga is the supreme deity and each clan observes several taboos related to their totem and maintains marital contact across State boundaries.