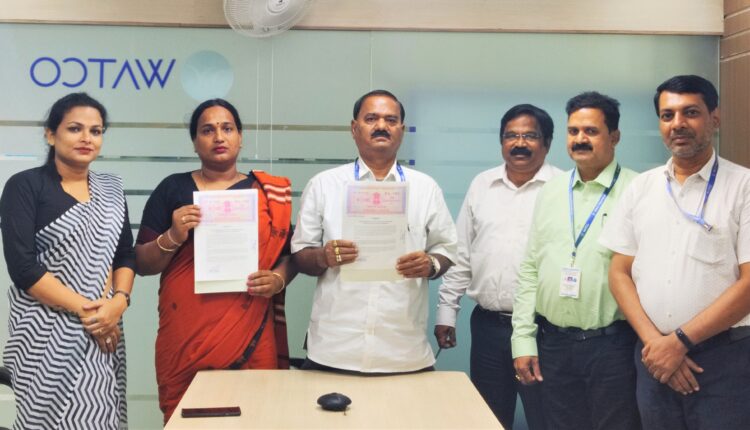 Bhubaneswar: The Water Corporation of Odisha (WATCO) on Wednesday handed over maintenance responsibility of its 25 nos. of Drinking Water Kiosks located under Bhubaneswar Municipal Corporation area to a transgender Self-Help Group (TG SHG).

“This is yet another pioneering move towards giving transgender community a bigger role in mainstream society. We have already handed over the operation and maintenance (O&M) of one of our Water Treatment Plants (WTP) located at Pratapnagari, Cuttack to a local Transgender SHG this month only” said Chief Executive Officer (CEO) of WATCO Er. Pradipta Kumar Swain. “WATCO has planned to engage more such transgender SHGs in its activities in other ULBs of the state in future days” he added.

Members of the city based Swikruti TG SHG would be deployed from 1st May towards daily maintenance of the drinking water kiosks to maintain its hygiene and cleanliness.

WATCO, a company owned by Govt. of Odisha under Housing & Urban Development Department, is now responsible for drinking water supply and waste water related services in 17 ULBs in Odisha.