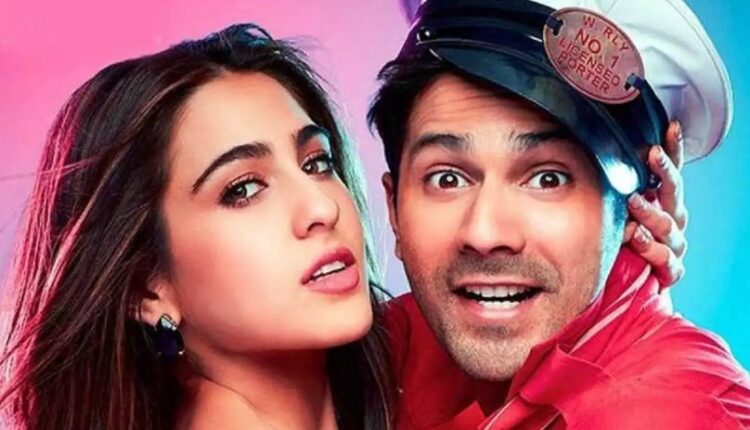 Trailer of Varun-Sara Starrer Coolie No 1 Out!

Mumbai: The first trailer for Varun Dhawan and Sara Ali Khan’s Coolie No.1 is out. The movie also stars Johnny Lever, Rajpal Yadav and Jaaved Jaaferi.

The trailer begins with Paresh Rawal looking for the richest man in India to wed his daughter (Sara Ali Khan) to. He lands on Varun Dhawan, a rich son of a rich dad, who whiles away his time playing golf at home and on conference calls with ATM aka Ambani, Trump and Modi. He quickly wins over Sara with some song and dance and Paresh is a happy father.

However, later he meets a coolie named Raju who looks just like his son-in-law to be.

‘Coolie No 1’ is an official remake of the 1995 hit film originally starring Govinda and Karisma Kapoor. IN the new film, Varun will be reprising the role of Govinda while Sara will be stepping into the shoes of Karisma Kapoor.