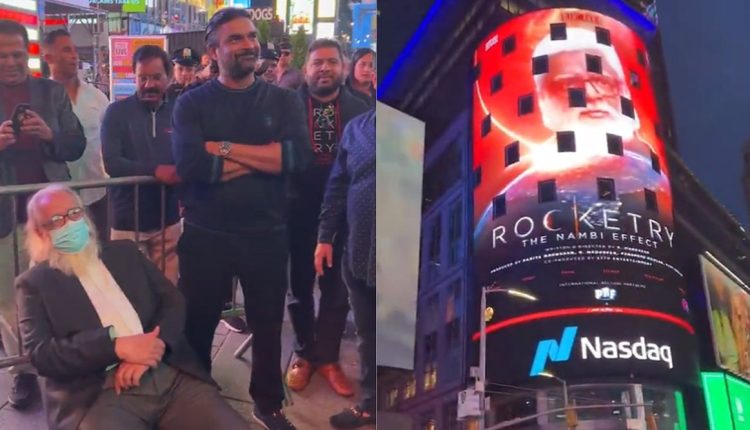 Mumbai: The trailer of R Madhavan’s upcoming film Rocketry: The Nambi Effect was on Sunday got screened on a billboard at Times Square.

Set to release worldwide on July 1, the film captures the spy scandal that changed Nambi Narayanan’s life forever and unravels the truth behind it all.