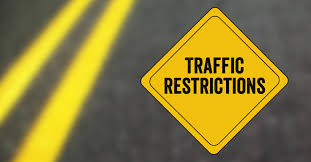 Bhubaneswar: The Commissionerate Police on Friday issued a set of traffic restrictions/regulations to be implemented for public in view of the celebrations of 75th Independence Day and State-level parade in Bhubaneswar.

The following restrictions/diversions will be effective on Madhusudan Marg, IDCO Exhibition Ground, Unit-III, and its periphery, Bhubaneswar on 15th August, 2022 from 6.30 AM onwards till the completion of the parade / function.

Violation of the instant order is an offense punishable u/s 96 of the Odisha Urban Police Act, 2003 and is compoundable with a minimum fine of Rs. 500/- which can extend up to Rs. 1,000, said the Twin City Police in a circular.

There will be designated parking spaces as listed below:-