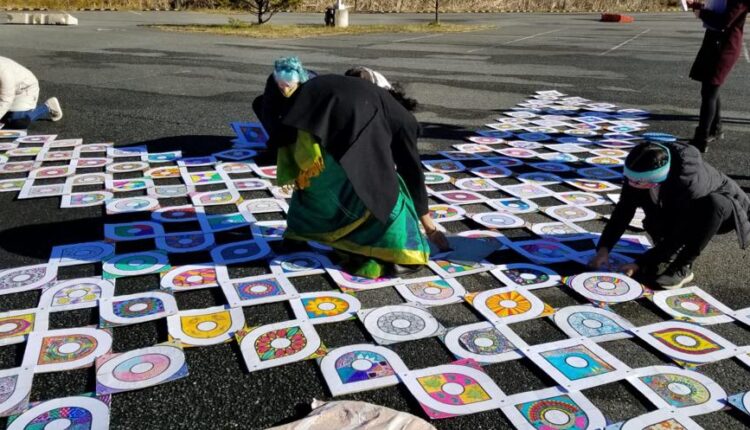 Washington: As the inauguration of President-elect Joe Biden and his deputy Kamala Harris, who traces her origin to Tamil Nadu, comes closer, the virtual kick-off ceremony also included Kolam, a traditional Indian art form of drawing geometric patterns on the floors as a sign of welcome.

In Tamil Nadu, where Harris has roots, women draw Kolams on the ground to invite health and prosperity into houses where they are displayed.

Pictures of thousands of Kolam tiles were on Saturday woven into a video to welcome Biden and Harris in the spirit of “Presidency for All” and to showcase the multi-cultural heritage of America.

The initial idea was to have these Kolam patterns from across the country in front of the White House as a symbol of good beginning to the new administration.

The Washington DC police gave permission to the organisers to have it near the Capitol Hill around the inauguration venue. However, due to the unprecedented security measures that have been enforced in Washington DC, the permission was cancelled.