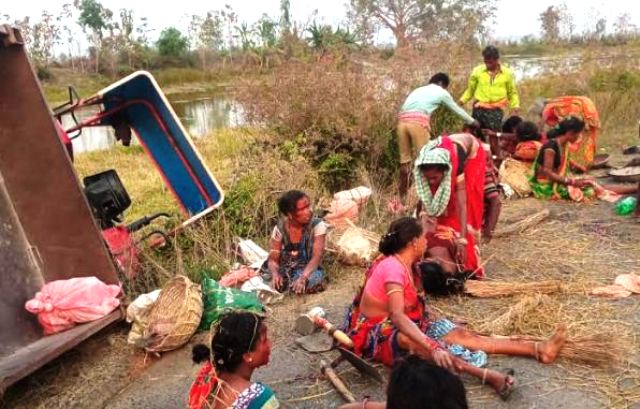 Patrapur: A worker was killed and more than 15 others were seriously injured after a tractor overturned near Rajpur village in Patrapur block under Jarada police station limits in Ganjam.

According to the incident, the workers of Jagdevpur village of Khariaguda panchayat were engaged in a road work near Birsinghpur village in Chikiti block. After work, they were returning to the village this evening in a tractor. Fearing a snake was coming out of the tractor engine, the driver braked the vehicle.

As a result, the tractor lost its balance and overturned in a dam near Rajpur village. All the workers sitting in the rear tractor were seriously injured. Locals rescued them and admitted them to the Patrapur CHC for treatment.

Later, on the instructions of the district magistrate, Patrapur Video and the Deputy District Magistrate of Berhampur reached the Patrapur CHC and shifted the critically ill to Berhampur.

CP Sudhanshu Sarangi out to save his…