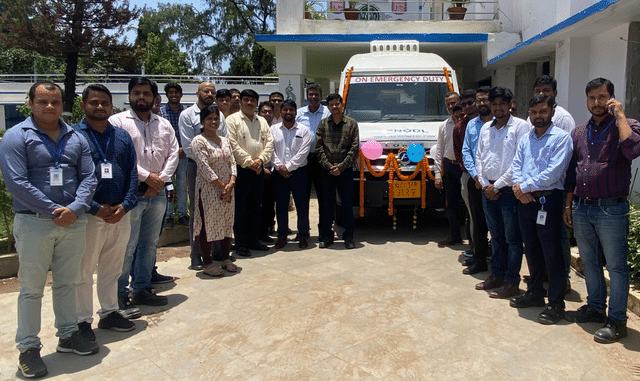 TPNODL with predominant rural geography, having mostly radial overhead networks at 33kV & 11kV as well as LT aerial bunched cable (ABC) network but there are also quite a significant nos. of underground cable section in our network, may not be in terms of high Circuit Km but high in Nos. to the tune of around 515 Nos. of critical & inaccessible underground cable installation majorly in highway crossing, railway crossing etc.

It is worthwhile to be mentioned here that we are also moving forward towards an underground cable network & already work in progress for 33kV & 11kV Cable under CAPEX & YAAS Fund.

When we took over as TPNODL from erstwhile NESCO, we found that around 50+ Nos. of cable sections were lying faulty in TPNODL since last one decade or so due to the facts like faults in critical locations, below railway track/below National Highway and just in absence of Fault finding Technology & subsequent actions on revivals.

TPNODL is shifting towards in-house repairing of major equipment’s through indigenous developed team & hence, this state of the art FLC testing equipment is one of the key addition towards our shift plan. This will help us in accurate & precise pinpointing of faults even when the fault is inside any critical locations like under railway track or below NH. Accurate fault finding will curtail the larger area excavation work, fault restoration time and repair & replacement cost. Further, any invisible fault in HT & LT ABC can be pinpointed instantly by this cable test van.

This FLC Test van is the most advanced & upgraded version of Cable Test Equipment equipped with VLF @0.1Hz & the same is procured from M/s Megger, Germany.

We have inaugurated the FLC testing van, CENTRIX 2.0 dated: 28-July-22, at Corporate Office, Janugang and the same was inaugurated by Mr. Bhaskar Sarkar, CEO, TPNODL.

This fault locator system is having the testing facility ranging up to 80 kV & surge facility upto 32kV along with VLF 54kV @ 0.1 Hz which is first kind advanced FLC vehicle across all the Discoms here in Odisha.

We are happy to announce that we will be able to extend the services for power cable associated activities in terms of testing, fault location, cable tracing etc. to our esteemed HT-EHT Consumers as well as OPTCL.

US Will Pay The Price If Nancy Pelosi Visits Taiwan, Warns China