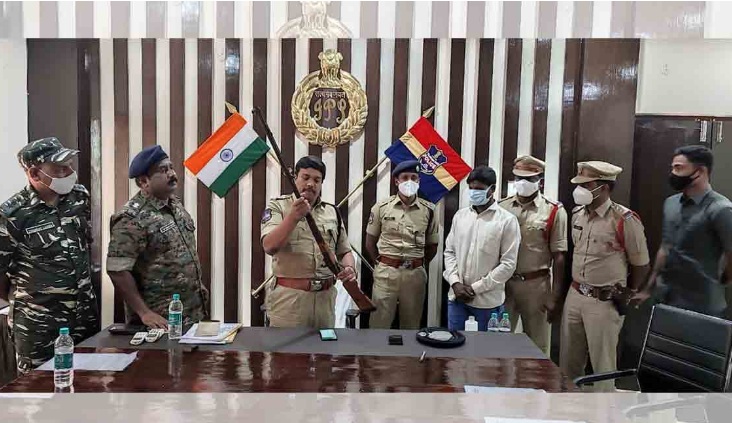 Mulugu: A top leader of the banned CPI Maoist party surrendered himself before the Telangana Superintendent of Police (SP).

The surrendered Maoist has been identified as Madavi Hidma (25), son of Muyya of Sukma district of Chattisgarh State. He gave up the arms to the police voluntarily with the help of CRPF 151 (Kaliveru) officials Sh Pradyumn Kumar Singh and Bishnu Charan Munakiya.

He has also handed over a riffle to the police during his surrender.

Hidma joined the party at the age of 16 and became the member of the Revolution Peoples’ Committee (RPC) of the Maoists party in 2018.

According to reports, he is the same Madvi Hidma who is suspected to have masterminded the April 2021 attack on Central Reserve Police Force jawans in Chhattisgarh’s Bijapur in which 22 personnel were martyred.

Meanwhile, SP Patil has appealed to the other members of the Maoist party to surrender to the police to lead a peaceful life by joining the mainstream.