Top Libraries In The World That Every Bookworm Must Visit

New Delhi: Being a die-hard bookworm, there is no better place than a library. Book lovers can relate to this very easily. The addictive smell of a book is just magical. Some people say libraries are rare now, and so are people with membership to a library. If you are a bookworm, here are some of the best libraries that you should visit. 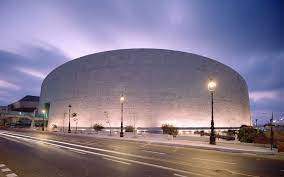 Built to commemorate the Ancient Library of Alexandria, one of the largest libraries of its time, which was burned down in 48 BCE, the Bibliotheca Alexandrina contains books in three languages — English, Arabic, and French — donated from all around the world.  The library’s shelves have been built to hold about eight million books! The building has a conference centre, four museums (Antiques, Manuscript, History of Science and the Sadat Museum), art galleries, a planetarium, and also a manuscript restoration laboratory. 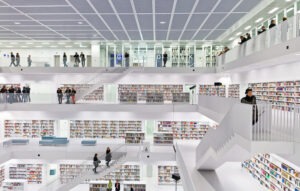 Located in the German city of Stuttgart, this nine-storey architectural wonder was built in 2011. This modern vision in white is the perfect place for bookworms, for it has something called the ‘Library for Insomniacs’ where a small selection of books is available round the clock for you to scrounge through. They also have a ‘Grophotheque’ section where you can borrow art! 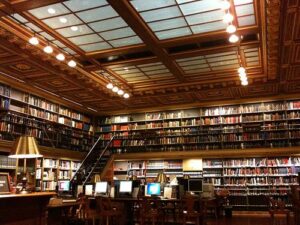 The second-largest public library in the United States should definitely be on your itinerary if you’re ever visiting a city that never sleeps. Though, it has several branches (92 in total!) — Such as in the Bronx and Staten Island — the Rose Reading Room pictured above can be found at the Stephen A. Schwarzman Building on Fifth Avenue, Manhattan. It reminds me of the Great Hall in Hogwarts from the Harry Potter series, minus the floating candles of course. If you plan to stay in the city for a longer period, you can even get a library card made. They also have an interesting concept where you can commemorate a special moment in your life or honour a loved one by dedicating a chair or table to them. 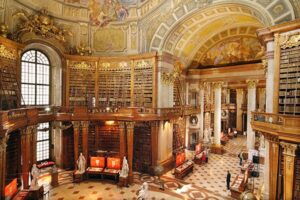 The largest library in Austria, Vienna’s Austrian National Library houses a whopping 7.4 million items in its various collections. The State Hall inside the library was built in the 18th century and is undoubtedly the most spectacular section of the complex, with magnificent frescoes and sculptures. The library also has a ‘Globe Museum’, which houses around 380 globes, some of them dating back to the 16th century! This place should be on the bucket list for not just book worms, but history buffs as well! There is a 45-min guided tour every Thursday and Sunday, where you can learn more about the library, its history, and the rich collection it holds. 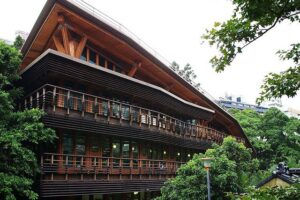 The Beitou Branch of the Taipei Public Library earned a spot on the list because of one impressive feature — it is an eco-friendly building. It has been designed by architects to curb water usage and be energy efficient. The roof of the wooden building has solar cells to generate electricity and also has the capacity for rainwater harvesting. The architects ensured that the wood used to construct the building did not come from a rainforest, and instead was sourced from ‘managed forests’ that produce timber. The library also boasts of large glass windows to ensure that electricity isn’t used as much to light up the interiors. Not only is the library great for book lovers, it’s a also a lovely place to learn more about how we can co-exist with Mother Nature and take steps to reduce our carbon footprint from this pollution-ridden world. 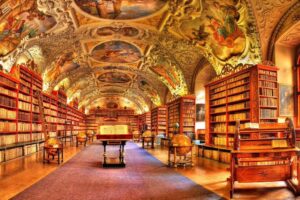 Located in the city of Prague, the Strahov Monastery was founded in 1143, and it houses the largest monastic library in the Czech Republic. It has two gorgeous halls, the Baroque Theological and Philosophical halls that date back to the 17th and 18th centuries respectively. The number of people allowed inside the halls is limited and remember, no photography is allowed.

Sputnik V Recommended For Emergency Use In India