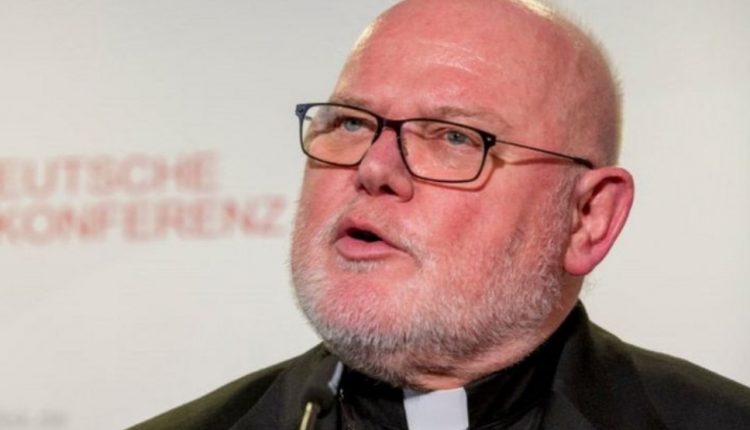 Berlin: A top cleric in Germany’s Catholic Church has offered to resign as the Archbishop of Munich, saying he shared “responsibility for the catastrophe of sexual abuse”by church officials.

Cardinal Reinhard Marx is the Archbishop of Munich. The Pope is still considering his offer.

“In essence, it is important to me to share the responsibility for the catastrophe of the sexual abuse by Church officials over the past decades,” Cardinal Reinhard Marx wrote to Pope Francis in a letter sent on May 21 that was published.

“The investigations and reports of the last ten years have consistently shown that there have been many personal failures and administrative mistakes but also institutional or ‘systemic’ failure,” the letter continued. “It is painful for me to witness the severe damage to the bishops’ reputation in the ecclesiastical and secular perception which may even be at its lowest,” Marx wrote in the letter. “I feel that through remaining silent, neglecting to act and over-focusing on the reputation of the Church I have made myself personally guilty and responsible.”

In 2018, a study commissioned by the Church itself found that more than 3,600 children in Germany had been sexually assaulted by Roman Catholic priests between 1946 and 2014.

Only 38% of the alleged perpetrators were prosecuted, with most facing only minor disciplinary procedures. About one in six cases involved rape. Most of the victims were boys, and more than half were aged 13 or younger.

The German Catholic Church has been rocked by allegations that some Church leaders covered up past child abuse. Conservative Cardinal Rainer Maria Woelki, Archbishop of Cologne, is particularly under fire.

Miscreants Loot Couple In The Outskirts Of Bhubaneswar