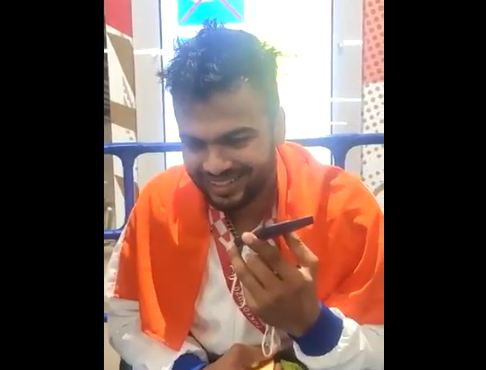 Modi also told Sumit that he has made the entire country proud and youngsters would be inspired after seeing his performance.

The Prime Minister said; “Our athletes continue to shine at the Paralympics! The nation is proud of Sumit Antil’s record-breaking performance in the Paralympics.Congratulations Sumit for winning the prestigious Gold medal. Wishing you all the best for the future.”

Sumit dominated the show from the word go as he improved the World Record three times in the final. He threw a monstrous throw of 68.55m in his fifth attempt to climb on the top of the podium.

After winning a gold medal at the ongoing Tokyo Paralympics, javelin thrower Sumit Antil on Monday said that he is satisfied with his performance but wanted to touch the 70m mark.