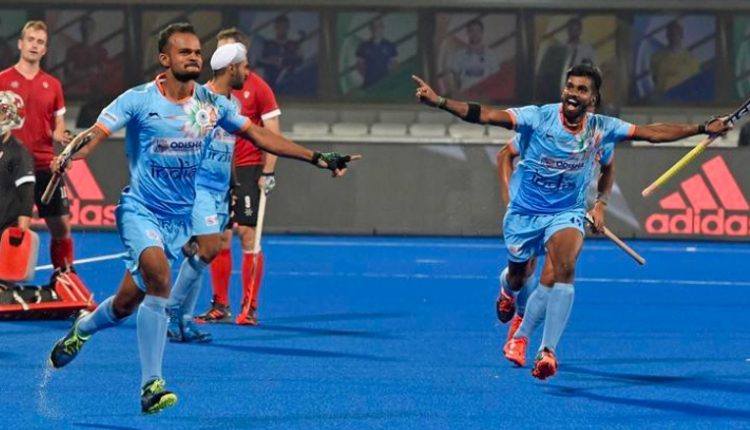 Bangalore: Prolific forward Lalit Upadhyay spoke about his journey in the Indian Men’s Hockey team when he appeared on Hockey Te Charcha ­– a podcast series by Hockey India.

Having made his international debut in 2014 at the FIH Men’s World Cup in Hague, Netherlands, Lalit candidly spoke about the team’s dream of a podium finish in the upcoming FIH Odisha Hockey Men’s World Cup 2023 Bhubaneswar – Rourkela.

“Hockey World Cup is a very big event, when I debuted in 2014 it was like a dream come true but along with that it was also a challenge to stay in the team, to take up more responsibility. I am happy how things have turned out for me over the last decade,” he said.

“The FIH Odisha Hockey Men’s World Cup 2023 Bhubaneswar – Rourkela is a great opportunity to create history, to fulfil the fans dream to lift the World Cup so we have been working towards that ending. We will try to replicate what we did during the Tokyo Olympics after which people felt we revived hockey in India, we want to return the love hockey fans showered on us by doing something significant. The Bronze Medal in Tokyo was certainly just the beginning, we will get more medals and change the colour of the medal in Paris 2024 with the help of SAI, Hockey India and the Odisha State Government; it is time for us to repay their faith and perform well in the FIH Odisha Hockey Men’s World Cup 2023 Bhubaneswar – Rourkela,” said an emotional Lalit.

Asked about the confidence boost in the Men’s Hockey Team after winning the Bronze in Tokyo Olympics Lalit said, “It was a long wait and I believe it signalled the start of a new era in hockey. In India, people always loved hockey but their support truly came to the fore when we won the Bronze Medal. A performance like this was needed to make the entire country celebrate for hockey. Now we are eager to create more such performances in world-level events.”

Lalit also fondly spoke about the significance of Karampur, a village in Uttar Pradesh, in shaping his career. “It is famous because the whole village is immersed in hockey, Junior Men’s Team Captain Uttam Singh also hails from there. It has produced several hockey players of international repute and it is all the hard work of late Tej Bahadur who ensured a turf be laid for youngsters from the village to play hockey. They also organize tournaments and during those games’ spectators announce a small sum of money for a good goal out of their own will and it has created an atmosphere that encourages the sport.”