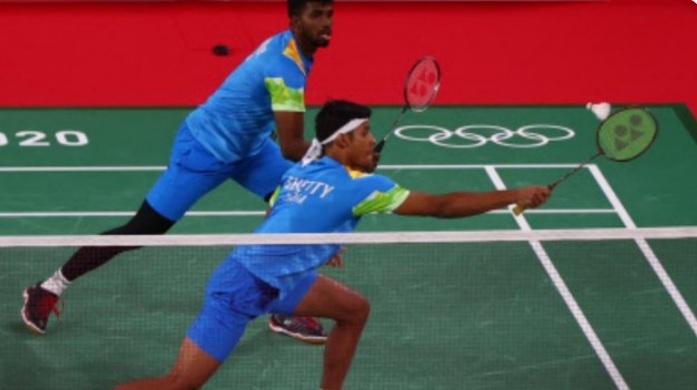 Tokyo: The Indian men’s doubles pair of Satwiksairaj Rankireddy and Chirag Shetty suffered a straight-game loss to world number one Marcus Gideon Fernaldi and Kevin Sanjaya Sukamuljo of Indonesia in their second Group A match here on Monday.

Sukamuljo and Gideon are now at the top of the group, while Satwik and Chirag are on the second spot. The Indians will look to beat England’s Ben Lane and Sean Vendy, who had also suffered a defeat against the famed Indonesians.

World number three Chinese Taipei pair of Lee Yang and Wang Chi-Lin, the fourth team in Group A, also notched up a win against the English duo earlier in the day to stay in contention.

Satwik and Chirag shocked the world number three pair of Yang Lee and Chi-Lin Wang of Chinese Taipei in their opening match in Group A on Saturday.

Cyber Fraudsters On The Prowl In Twincity