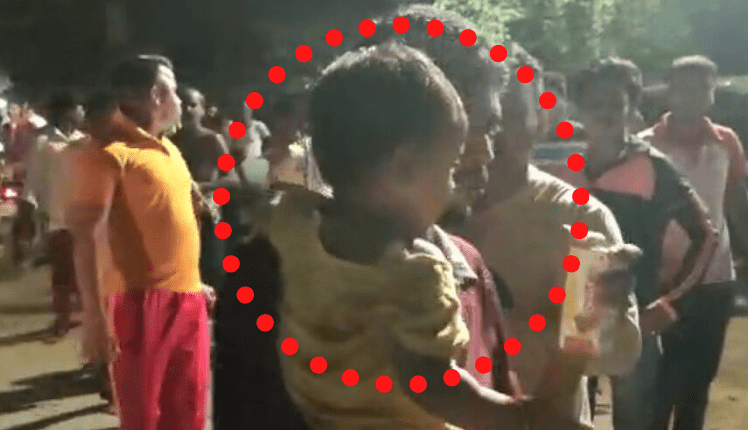 Cuttack: A two and a half-year-old girl had a providential escape after she fell from the roof of a house into the narrow gap between two walls at Tala Bazaar area under Choudwar municipality in Cuttack district on Saturday.

According to sources, the minor girl was playing on the terrace with her mother when she accidentally slipped and fell into the 15 feet deep wall cavity between two houses.

After the family members of the girl shouted for help, locals gathered at the spot and drilled some portion of the wall and rescued the girl. Her condition is stated to be stable.