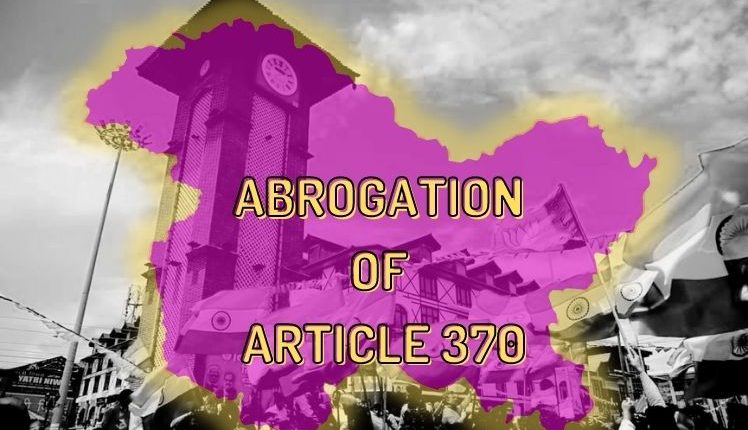 Today Is Third Anniversary Of Abrogation Of Article 370

New Delhi: Today is the third anniversary of the abrogation of Article 370. It is on this day in August 2019, when provisions of Article 370, which gave special status to the erstwhile state of Jammu and Kashmir, was abrogated by the Union Government.

The State was further divided into two Union Territories – Jammu and Kashmir and Ladakh.

Earlier, Jammu and Kashmir was the only state in the country with a separate constitution as per the provisions mentioned in Article 370, a ‘temporary provision’ that grants special autonomous status to the State.

After the revocation of Article 370, all Central laws and various welfare schemes are applicable there and the decision has also paved the way for attracting investment in the region which in turn has brought in development.

In a tweet, Union Tourism Minister G Kishan Reddy said, thanks to the Narendra Modi Government’s transformational initiatives like Abrogation of Article 370, Tourism in Jammu and Kashmir gets a Big Boost. He said, there has been a record footfall of tourists at airports and tourist places in Jammu and Kashmir and over 79 lakh Tourists visited there between October 2021 and March 2022.

Seven Odisha Dists To Witness Rainfall In Next 3 Hrs