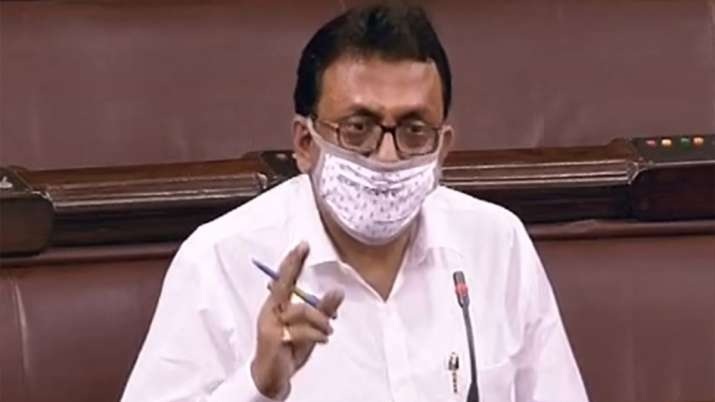 New Delhi: Chairman M Venkaiah Naidu has suspended TMC MP Santanu Sen from the Rajya Sabha for the rest of the Monsoon Session.

MP Santanu Sen had on Thursday snatched papers from Union minister after the TMC, Congress and other opposition party members rushed into the well of the House as the minister was called to make a statement on the Pegasus snooping row.

“Santanu Sen, please withdraw from House. Allow the House to function,” the Chairman said  & adjourned the House till 12 PM following an uproar that started during TMC MP Derek O’Brien’s statement over yesterday’s incident.

Opposition parties have stalled proceedings in Parliament alleging the government’s involvement in the alleged snooping following reports that nearly 300 mobile phone numbers including of journalists, activists, opposition leaders from India and even of union ministers figured in this list of potential snooping targets by Israel’s NSO group which sells its Pegasus spyware only to “vetted” governments and government agencies.