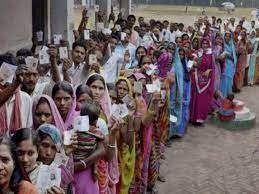 Kolkata: In Bengal polls, the BJP is striving utmost to hold its fort while the TMC is keen to recover its lost ground amid changing political equations.

Political pundits maintained that north Bengal, with its 54 seats spread across seven districts, will be a game-changer in this election.

The north Bengal districts, mostly dominated by tribal and minority communities, have remained out of bounds for TMC over the years. These were once considered a bastion of the Congress and the Left Front, the political observers maintained.

The general election in 2019 changed the course of the wind in favour of the BJP which won seven of the eight Lok Sabha seats. The state BJP chief Dilip Ghosh said that his party is confident of sweeping North Bengal this election.

The saffron party, sensing anger over infiltration in the region, made NRC and CAA its poll planks to impress the electorate and pocket votes in 2019.It had also inducted leaders from various local outfits, stitched an alliance with social groups, such as the Rajbanshis in Cooch Behar, to gain a foothold.

Sources said the social work carried out by the RSS in nearly 300 tea gardens in the Terai-Dooars region further worked in favour of the party.