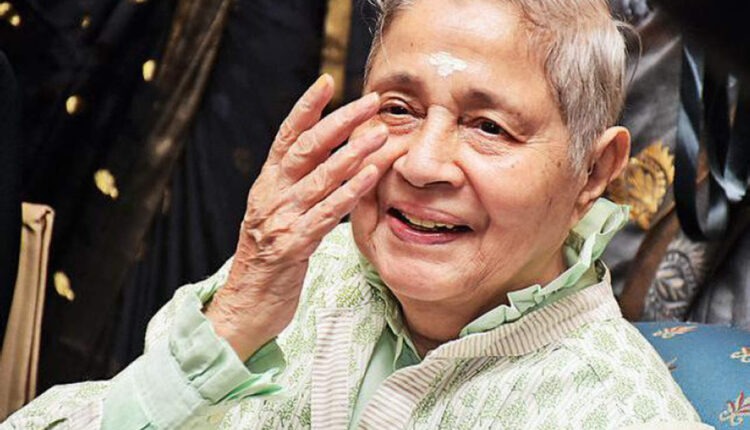 New Delhi: Times Group chairperson Indu Jain passed away on Thursday. She was 84. Times group’s English news channel confirmed the news. In a news report, it said Jain was a spiritual seeker and philanthropist.

She breathed her last in Delhi, the sources said.

After becoming chairman of the Times Group in 1999 she evolved a distinctive leadership style, characterised by compassion and inclusiveness, that helped propel the group to new heights.

She set up The Times Foundation in 2000, with sustainable development and transformational change as its key goals. One of India’s most respected non-profits, it provides community services and runs the Times Relief Fund to offer assistance during cyclones, earthquakes, floods, epidemics and other crises.

She was the founder president of FICCI Ladies Organisation (FLO), established in 1983 to promote entrepreneurship and professional excellence among women in India. From 1999, she also served as chairperson of Bharatiya Jnanpith Trust, founded in 1944 by Sahu Shanti Prasad Jain, her father-in-law, to promote literature in Indian languages.

The Jnanpith Award, conferred by the Trust annually, is acknowledged to be the most prestigious honour for authors writing in Indian languages.

She was also the guiding force behind the Oneness Forum, launched in 2003 to promote unity in the world. The MahaviraMahatma award was instituted under the aegis of the Forum to promote Mahatma Gandhi’s principle of ahimsa (non- violence).

US lifts most mask guidance in pandemic milestone

CBSE Class 12 Board Exams Likely To Be Cancelled!