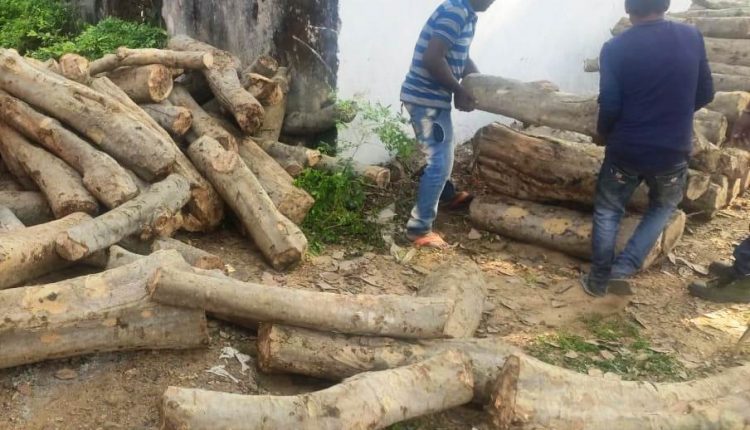 Timber Worth Rs 2.5 Lakh Seized From Illegal Depot In Sambalpur

Bhubaneswar: Forest Wing of Odisha Vigilance on Tuesday seized timber worth Rs 2.5 lakh during a raid at an illegal timber depot at Jamtikra under Dhama police limits in Sambalpur district.

Acting on a tip-off regarding illegal hoarding of timber, a joint forest raid was conducted by the Forest Wing of the State Vigilance on the depot at Jamtikra.

The raid led to the seizure of 250 Cft of Green-Damkurudu timber used for furniture manufacturing and toy making. The seized timber is worth Rs 2, 50,000, the Vigilance Directorate said in a press note.

In this connection, one forest case has been registered in Dhama range under Sambalpur Forest Division and the matter is under investigation, the press note release added.