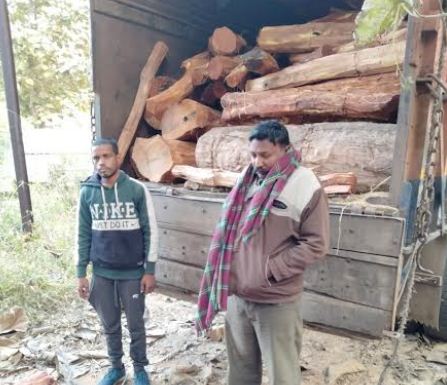 Bolangir: Forest personnel have seized a timber-laden truck near Salebhatta in the district today and arrested two persons for smuggling the wood logs.

The arrested persons have been identified as the driver of the seized truck, Lipun Deep, and helper, Pramod Poda.

Acting on a tip-off, a team led by DFO Sameer Sathpathy conducted a raid and arrested two persons in this connection. The cops also seized wood logs and a truck which was being used to smuggle the timber from Deogaon-Bandhapada area.

The estimated value of the wood logs is Rs 6 lakh, DFO Sathpathy informed.

Further investigation revealed that the truck bearing registration OD15A-2529 belongs to one, Anil Sahu, from Sambalpur.